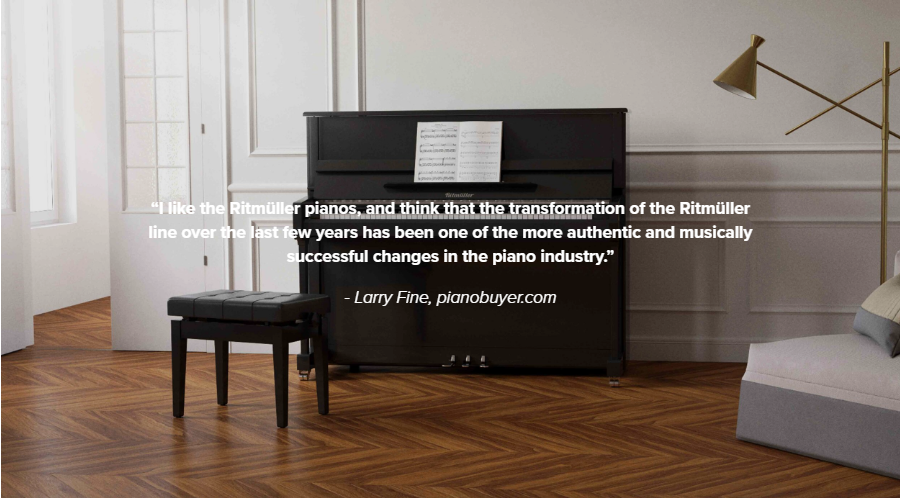 "The Ritmüller pianos excel in every individual part of their construction, and leave absolutely nothing to be desired. There is no doubt that the firm of W. Ritmuller & Sohn will soon take up the foremost position amongst the German makers, a position which is due to their excellent manufacture, and which no connoisseur will venture to deny them." ---------------Dr. Hans von Bülow, Conductor, Virtuoso Pianist, and Composer

A Little Workshop In Göttingen

For a company known to be one of the first manufacturers of pianos in Göttingen, Germany, there is a dearth of public records regarding its lineage. What is notable must be culled from accounts in old German history annals, scraps of counterfactual entries in books on piano makers, and the like—which points to a rich, as yet undiscovered narrative. What we can gather, like most piano origins, is quite fascinating. 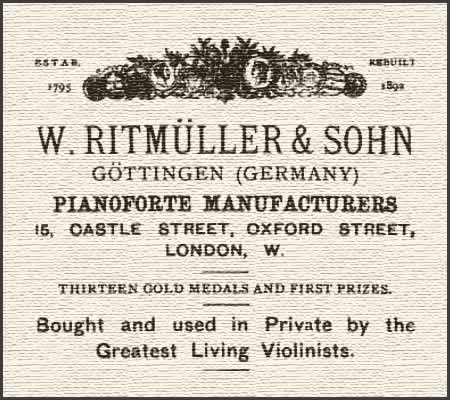 Toward the late 18th century (before the addition of pianos), the production of lutes, guitars and harps began in the workshop of Andreas Georg Ritmüller and his son, Gotlieb Wilhelm Ritmüller (1770/72-1828/29), and established a firm reputation for exemplary instrument making. A shift toward the building of pianos began in 1895 (which marks the official birthdate of the company), and the name G. W. Ritmüller became the official signet some time after the father’s death (c. 1800).

A marriage between Gottlieb Wilhelm Ritmüller and Dorothea Schenterlein produced two children, Johann Wilhelm (b. 1802) & Johann Martin (b. 1803), who would eventually succeed their father; and upon Wilhelm senior’s death (c1828/1829), the company became W. Ritmüller & Sons. 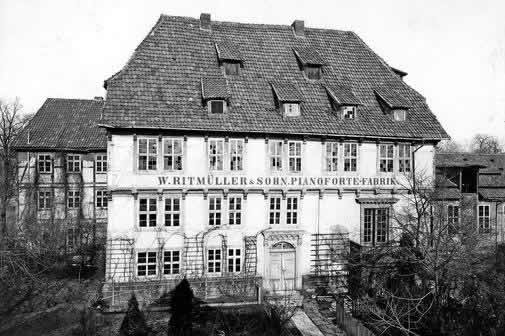 The Piano Factory At The Hard Hof On Ritterplan In Göttingen. 2

After much success, the company bought Hard Hof, an estate on Ritterplan, that became a center for cultural life in Göttingen, in which artists and musicians gathered to make music and engage in lively discussions.

From 1855 to 1860, concerts were held in the grand salon of the Hard Hof house, a meeting ground for musicians and artists as well as the center of the Ritmüller workshop. Klara Schumann and Hans von Bulow are among the regular guests hosted by Julius Otto Grimm and his wife Philippine, known by all as ‘Pine Gur.’

Sourced From Städtisches Museum In Göttingen

During 1884 and 1885, the company’s grand pianos and uprights received twelve medals and diplomas in Germany and London. 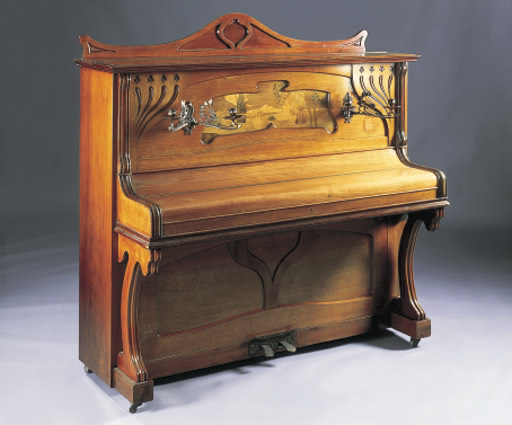 Re-Engineered For The 21st Century

Since 2007, under the leadership of Pearl River, Ritmüller stands poised to restore its lost connection to the past by committing itself to a standard of excellence that offers German precision craftsmanship and the latest technology in manufacturing.

Lothar Thomma, member and past director
of the German & European Piano Manufacturers’ Associations.

In February, 2015, Pearl River announced a joint venture with Steingraeber & Söhne to increase the cooperation between Germany and Beijing, continuing their dedication to improved standards in the Ritmüller brand. Each piano is produced with precision assembly technology employing hand craftsmanship that distinguishes it throughout the music industry